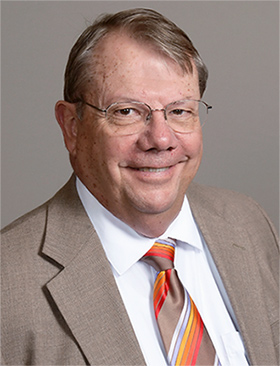 District Superintendent the Rev. Dr. Richard White will be heading in a few new directions when he hits the road to visit churches in 2023. White, who has served the East District for the past five and a half years, will also become an interim DS in the North District this month.

White is no stranger to the territory. In fact, the North District holds a special place in his heart. “I served most of that district for 10 years, back when it was the Texarkana District,” he said.

Rev. Karen Jones, who has served as DS for the East District since 2020 has been appointed to the senior pastor role of FUMC Huntsville.

“She did such a wonderful job,” White said. “Because of her work – and that of the formidable District Administrator, pastors and lay people in the area – I am entering an excellent situation.”

He added, “We have strong pastors who have been there for a while, and a talented District Administrator who has served there for a while too. It’s a well-established district. My main priority is going in, helping, encouraging and supporting the churches in both districts.”

District superintendents are ordained ministers appointed by the bishop of an Annual Conference to serve local churches and pastors in a district. Responsibilities include overseeing the work of local congregations and supervising clergy, as well as working with their bishops to determine appointments.

“I can’t imagine anyone more qualified to follow Rev. Karen Jones,” Conference Treasurer Rev. Robert Besser said. “She’s done a great job. Now she’ll be going to Huntsville for a new adventure in ministry where she will continue to lead well.”

White’s first post in the Texas Annual Conference was in 1979. “He has served the Conference for 43 years,” Besser said.

While the territory is more expansive, the number of churches served will be comparable to last year, since both districts have been reduced due to disaffiliation.

Besser explained that having White serve two districts is reflective of creative budget moves and strong stewardship in the Texas Annual Conference. “It makes financial sense,” he said.

White’s appointment to two districts is a temporary measure. On July 1, the TAC’s new Bishop Cynthia Harvey will reassess the assignment. “This way, we’ll have stability and also flexibility when she arrives,” Besser said.

White explained that the districts are not merging and will remain two separate entities. He plans to alternate worship at churches in both the East and North District.

“I’ll be spending time in both districts,” he said. “And I’ll become a regular in the North too. I’ll be present up there.”

He is looking forward to supporting all of the congregations in his area in the months to come.

“It’s a new day,” he said. “These churches are strongly United Methodists, and I’m looking forward to working with them.”

He added, “I feel positively about the future for the United Methodist Church and for the Texas Annual Conference. I think we will be more united than before.”