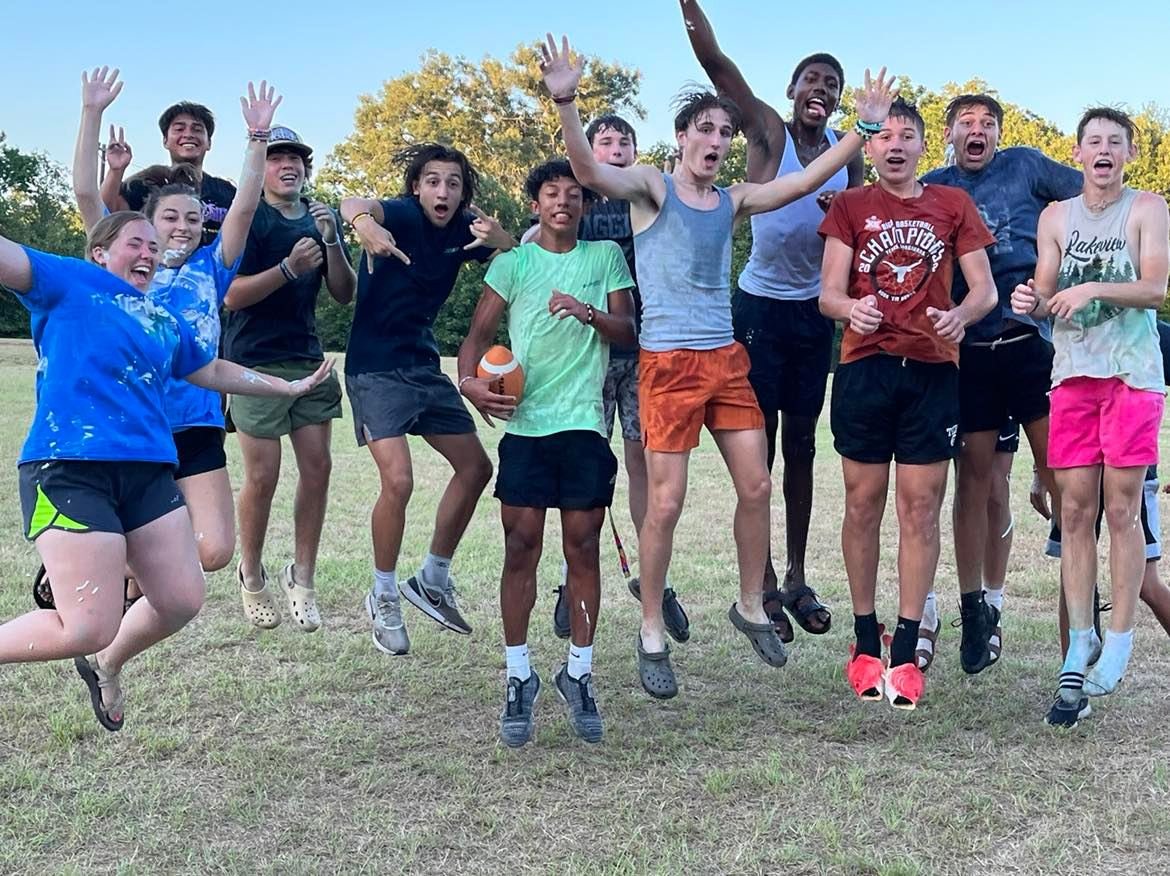 It was no surprise when youth took the stage in the sanctuary at Centerville FUMC on Christmas. In fact, more signed up than there were even parts to read, Rev. Patricia Lund explained. She had to assign more roles to her young members. By the end, she provided only the blessing, announcements and a reflection. “The kids did the rest,” she said.

Earlier in the month, Lund wrote a script for a Christmas children’s play with the help of members Lana Marcus, Addie Rivenbark, Abigail Neyland and Kirsten Jeitz. The performance turned out to be standing-room-only.

Centerville UMC has a heart for investing in youth, Lund said. That was immediately apparent, when she started her appointment at the church three years ago. “They had already been working on it for years,” she recalled.

At the time, about 30 students were showing up on Wednesday nights, and a dozen others for the youth group. In Centerville, a town with a population of fewer than 1,000, Lund thought the numbers were already impressive.

“But it’s gotten even better,” she said. “We’re getting more and more youth.”

By the time Lund ended her first school year at Centerville, the youth had outgrown their current spot in the church. “I thought, ‘We’re going to have to do something, because they won’t fit in this room anymore,’” she said.

A former day school campus, which had sat vacant for years, seemed ready for new life. Over the summer of 2020, congregants converted empty classrooms into a game room and separate meeting spaces for high school girls, high school boys and junior high students.

With the new space, the numbers in children’s and youth ministry continued to increase. Lund credits church volunteers, who lead all of the programs. Lana Marcus serves as children’s volunteer leader and Tommy Neyland as youth volunteer leader. Each has a team of helpers.

“It’s their passion and their energy,” Lund said. “It’s what they bring to the table and their consistency.”

Deserving much of the credit for the new growth are the youth. “What amazes me is that it’s the kids driving it,” Lund said.

She explained that the church has provided leadership roles to the youth – and empowered them to take charge of their own ministry. And that has made a remarkable impact.

For instance, in 2021, Centerville FUMC started an internship program. The interns help with VBS and lead two other church events, like its summer blast. “When youth have a chance to lead and be invested, it makes a huge difference,” Lund said. “And you see the kids grow.”

Last summer, Centerville FUMC was determined to send as many children as possible to camp. In the spring, Lakeview hosted a silent disco at the church.

“All of these kids had never been exposed to Lakeview before,” Lund said. “They experienced something they never had before. They went to their parents and were like, ‘We want to go to camp.’”

The pastor then showed parishioners the scholarship forms. “Fill them out, and we will make it happen,” she said.

Before long, 44 students signed up, plus 16 adults who wanted to help. The only question was how to get that many people to camp, Lund explained. “We started making phone calls,” she said.

She was able to rent a bus from the school district – and then found a pastor at a nearby Baptist church who happened to have a CDL. He agreed to drive the students and parents to camp and back. A church member followed behind with a horse trailer full of luggage.

Lakeview reported that Centerville FUMC increased attendance rose the most, by about 50 percent. “Per capita, with a town of 1,000 people, that means 6 percent of our town was at camp that week,” Lund said.

The pastor explained that having connecting students with scholarships – and through the church’s fundraising efforts throughout the year – the transformational summer camp was possible. In a town with a poverty rate of 29 percent, that was especially significant.

At Centerville UMC,  children’s and youth activities continue every Wednesday – but that is just the beginning. Pews are full of youth on Sunday mornings as well. “But it’s a constant stream,” Lund said. “It’s not just once or twice a week. This is who we are. This is us.”

Youth regularly lead service projects, including a trick-or-treat for canned goods event in October, filling bags for Toys for Tots in December and a yearly trip to a soup kitchen.

“The goal of all of this is nothing to do with growing church membership,” Lund said. “That’s not what it’s all about. We want to spread Christ’s love to the youth. We want to let them know, ‘You belong here, and you can grow here.’”

The goal is to find youth without a church home – and let them know that church is a safe space, where they can find solace, comfort and opportunities to serve others. “We’re building the kingdom of God,” Lund said. “That’s what matters.”