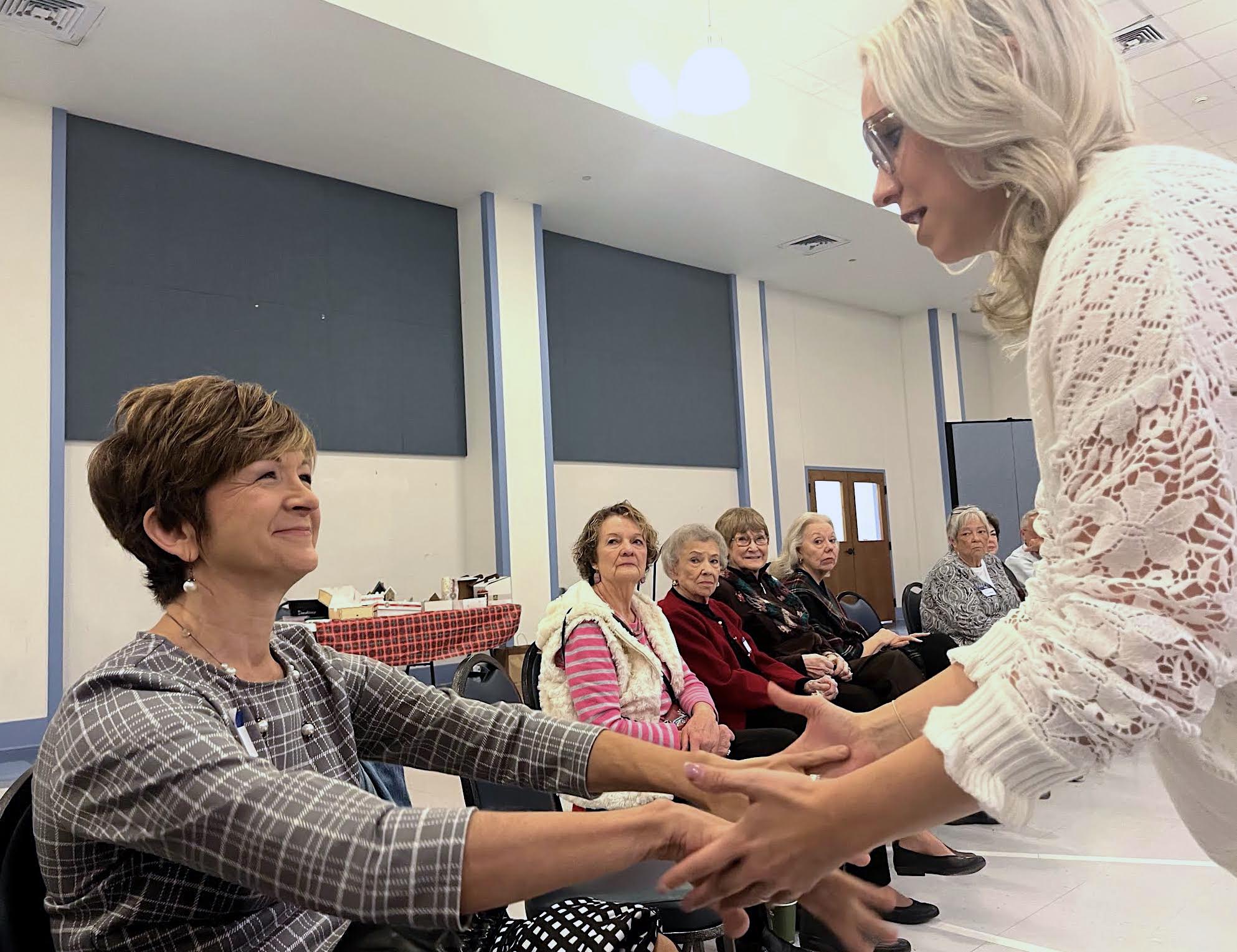 Rev. Jennifer Webber wanted to stay United Methodist – and she wasn’t the only one. After the church where she served as associate pastor voted to disaffiliate last October, a number of parishioners were looking for a new home. Webber received a number of phone calls inquiring if something new would form. Little did they all know the Holy Spirit was already at work. “It’s all about God’s timing,” Webber explained.

For years, the pastor had a calling to plant a new church. “I wanted to reach the unchurched,” she said. “God has placed it on my heart to reach those who have been hurt by the church, who didn’t know Jesus, who have never been introduced or invited.”

In fact, about five years ago, Webber attended an event in Florida to learn about planting churches. Not sure when the time would come to put the information into action, she still wanted to be prepared.

When FUMC Bryan voted to exit the UMC, Webber said the demand to form a faith community became clear. “We still needed a United Methodist presence in the community,” she said.

She called her District Superintendent, and the two began to brainstorm. “We started talking about my calling,” she said.

Then, Webber signed up for the New Church Leadership Institute (NCLI), a program offered by the Texas Annual Conference to help clergy discern a calling to plant churches.

Before her trip to San Antonio for the event, she spent a week in prayer, asking “Lord, show me where you want me to be?”

When Webber hit the road that morning to head to the NCLI, a song came on the radio. It felt like the lyrics were meant for her. “It was complete confirmation,” she said. “God was speaking to me. I thought, ‘This is it.’”

A parable from the Gospel of Luke inspired her. Jesus says, “Which of you men, if you had one hundred sheep, and lost one of them, wouldn’t leave the ninety-nine in the wilderness, and go after the one that was lost, until he found it?”

Going after the lost sheep is a challenge, Webber said. “It’s not easy, and it’s not glamorous,” she said. “It can be lonely and terrifying.”

Bringing back the sheep, Jesus explains in the parable, is cause to rejoice. The story confirmed Webber’s desire to reach individuals who feel separated from their flock.

When Webber returned from San Antonio, she gathered with her District Superintendent and Morris Matthis, the Texas Annual Conference’s Director of New Faith Communities. Then, she was appointed by the cabinet to plant a new church.

Already, Webber had a temporary location in mind. Even before FUMC Bryan disaffiliated, nearby First Presbyterian had reached out and offered an option for members who felt conflicted. “If they need a refuge, they’re more than welcome to use our space,” the pastor said.

“There were all of these God moments,” Webber said.

She went to work spreading the news about the new “Bryan Community Church.” The first gathering was held on Dec. 3, 2022.

For the entire month, the faith community worshiped at first alongside the Presbyterians. Webber was invited to preach at the first service. “It was amazing,” she said. “It was just the Kingdom of God.”

The Presbyterian congregation welcomed the visiting United Methodists with open arms. “They would ask me to pray or ask a Methodist to light Advent candles or sing in the choir,” Webber said.

For now, the group does not worship every Sunday, Webber explained. “It gives us an opportunity to use other Sundays to go out into the community for fellowship and mission,” she said.

Her current focus is inviting and welcoming others to the new faith community. And that means reaching out to former FUMC Bryan members as well as others in the area in search of a church home.

As pastor, Webber said, her responsibility is to help members heal and give them time to process grief. “We need to celebrate the past and people who have been in our lives,” she said. “I want to honor our past. It has prepared us for this new season.”

At the same time, together, they are forming a new identity. “We have a new picture to paint,” Webber said. “We have a future. We are Bryan – and we are a community of believers, who want to continue to reach out to our local mission field.”

Building the foundation of Bryan Community Church will take time, the pastor explained. “But I feel like there is hope,” she said. “There’s an energy – and excitement.”

Already, more than 60 members have joined the group, and Webber receives new calls every day.

“It’s just going to continue to grow,” she said. “I want our great-grandchildren to look back and say, ‘There was a group of people who stepped out in faith – and who stopped at nothing to love God, love people and share hope.”