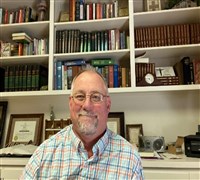 I was born and raised in El Paso, Texas. Second career pastor. I have a background in Management, Finance, training, HR, P&L responsibility, purchasing, supply chain, customer service, marketing, and social media production. I have masters level education in history and literature and doctoral level education in Family Systems and pastoral care (among others). I received my M.Div. degree in 2002 from SMU. I was ordained as an elder in 2005. I successfully ran restaurants and I worked for Fidelity Investments in their mutual fund department. I have been a clergy mentor for our conference for several years and a member of the DBOM. I served as district finance chair, chair of the Wesley Foundation board for TJC, on the conference Safe Sanctuary Committee, and as the Walk to Emmaus Community SD. I have high level experience with community involvement and working on behalf of children.

Appointed to Cheatham Memorial UMC – Edgewood. The only non-elder pastor they have had. Worked full time and went to SMU full time. There for 5 years and saw a lot of growth. Built a new fellowship hall, offices, and education building. Revamped the old education building to a new children’s wing.

Appointed to FUMC Troup to follow the pastor who murdered his wife in the parsonage. Stayed in Troup for 9 years. Led them to do ministry they had never done, improved the facilities dramatically. Lots of involvement in the local community.

Appointed to Tennison MUMC – Mount Pleasant. Very difficult economic time for the community. Pilgrims relocated, power plant shut down, Guaranty Bank relocated headquarters, Luminant shut down and more. The church had a $760,000 debt. We lost over 250 people due to moves and death. Dropped from an average worship of 280 down to 120. Since, we have paid off the debt, worship attendance the second week of September was 439 (both in person and online). Ministries include Free community health fair, wheelchair ramps, adopting 4th grade class at neighborhood elementary, literacy program, Summer Lunch program for all who wish to come, and much more. Time at Tennison – 9+ years.  Appointed to FUMC Quitman in November of 2021. Currently at this appointment.

Market CAPEX (Capital Expenditures) coordinator for a division of PEPSICO. In my professional past I have been involved with new construction, major commercial appliances, building safety, building inspection, and ADA requirements. The churches I have been involved with have built new fellowship halls, done major renovations, several million in major improvements, adding new signage, major electrical upgrades, major plumbing upgrades and even elevator maintenance. Familiar with most church physical plant issues and concerns.

My name is Jack Matthews. I was born and raised in Houston and currently live in Tyler, TX. I have been working and volunteering in a ministry of some kind for the last 15+ years. Volunteering on a U.M. ARMY workday in 2010 actually led me to meet my wife, Marla, while building a wheelchair access ramp. Marla and I got married in 2011, we have two boys, Jackson, and McClain, who have managed to keep us on our toes, but also show us a deeper level of connection to God and our Church. I currently work for U.M. ARMY as a Regional Director, setting up and facilitating mission trips in the Texas and Louisiana United Methodist Conferences for church groups large and small.

A church’s biggest asset is its physical buildings. Understanding and maintaining the building structure is key to making the right decisions. As a Professional Real Estate Inspector, license # 25124, I have been trained to evaluate and understand how a building is supposed to function and what elements are needed to keep a building safe. Being able to understand the spaces within the church and how they can be utilized, the equipment used to make the church run and how to maintain it, and the overall structure of the building is key to being able to plan or deciding where is best to make capital investments. As an outsider looking in, I bring an objectivity to these conversations and can provide honest feedback to help your church make the most of its physical buildings. 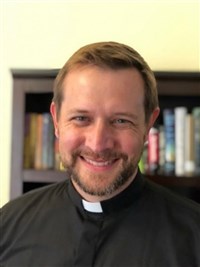 I am a second career pastor currently serving in my first appointment at Aldersgate UMC in Santa Fe, TX. For 20 years prior to this, I was as an engineer for a multinational chemical company. I have broad experience in projects, operations, management, and accounting. My beautiful wife Alison and I are lucky parents to two girls, Emilie (12) and Julia (10), and one rabbit, Oreo.

I have experience with maintaining, space planning, and renovating small to mid-sized church and non-profit buildings, including HVAC systems. I can also bring prior experience with project management, budgeting, procurement, and construction to bear.

Will Reed serves as the Properties Manager for the Texas Annual Conference of the United Methodist Church. He is in his fifth decade of service as a Methodist pastor. As a social entrepreneur who has started a new church (Christ Church, Sugar Land), he also has served as a pastoral counselor with the Samaritan Center and has been an Associate pastor as well as a Senior Pastor. He also started and has led several nonprofits as Executive Director and as board chair. He has a passion for encouraging clergy and using the experiences of his varied ministry to help them to be more effective and self-aware.

Over forty years of experience as a pastor, nonprofit leader and social entrepreneur makes it possible for Will Reed to bring a wealth of wisdom to mentor/coaching relationships. As a pastor, he has started a new church (Christ Church, Sugar Land) and been engaged in six different major building projects that have included the acquisition of property, negotiation of insurance settlements, engaging and working with architects and other professionals, reviewing and accepting bids, and leading church construction projects, as well as engaging legal counsel when things did not go as planned or hoped for. Additionally, he has served in multiple roles as a supervising pastor for interns from three different seminaries and led staff teams from 2-60.

As a nonprofit leader he has started and led a variety of organizations. In those roles he has raised over $35 million dollars in grants and contributions since 2002, including writing, securing and managing a succesful grant of $9.6 million from the U. S. Department of Commerce that was matched by over $8 million in funding from other public and private sources.  During the four and a half years of the grant he led a staff of 64 that deployed over 2000 new computers into 96 public computer centers and provided over 2 million hours of basic computer skills training to over 230,000 persons across Texas. He has also served as a Co-Principal Investigator on several National Science Foundation grants in collaboration with Rice University that have provided a community wireless (Internet) network serving 19,000 residents in the neighborhood around Mission Milby in Houston’s East End and served as a research platform for Rice professors and electrical engineering students.

As a pastoral counselor at the Samaritan Center, he worked with individuals and couples including clergy families seeking healing and wholeness in their lives. He has also led growth groups for clergy and clergy spouses experiencing pain and struggle in the midst of their ministries. His passion for encouraging clergy rises, in part, out of his own experience of pain and depression during his thirties after starting a new church. Dr. Reed has a BA from Southwestern University and a Master of Theology and Doctor of Ministry from Southern Methodist University. While providing counseling services he was licensed as a Professional Counselor in State of Texas and named a fellow in the American Association of Pastoral Counelors. He is the author of several journal articles including a piece on the “Crisis of Males in Ministry” published in The Quarterly Review. Additionally, he writes an occasional blog entry and manages a family farming and ranching operation in Central Texas.