Gil served for 12 years as the General Secretary/CEO of the General Commission on United Methodist Men. Prior to that he was very active in men’s ministry and in missions through the Texas Conference.  He was elected as the National President of UMM in 2000 which placed him on the GCUMM Board and was then elected as the President of the GCUMM Board in 2004. Gil completed his training as Men’s Ministry Specialist in 2009. He wants to continue his work in men’s ministry in his retirement.

Gil is a trained teacher, and he has held positions within local churches in both Texas and Tennessee. He has full access and experience in the use and materials published and used by the GCUMM. He brings experience in leading local and international missions, leading a wide variety of UM studies, and a history of servant leadership. Most recently, he has been a strong advocate for the use of Dr. Kevin Watson’s book on “The Class Meeting” via zoom, which moves men into an active role of discipleship. Gil also played a key role in the development and implementation of “Amending Through Faith” which deals with the culture that permits and promotes violence against women. He helped develop the Men’s Ministry Specialist program and has held a key role in assisting with the “final interview” of each candidate. 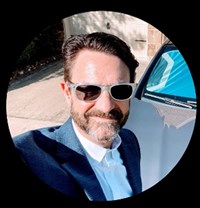 An educator for 34 years, a former Texas High School Head Football Coach and eleven-year veteran of the public-school classroom. Jeff is formerly the Principal at The Magnolia High School (2002-2016). In 2013 he was selected as the State of Texas TASSP State Principal of the year. Besides founding Spring Strategies LLC, that provides educational executive coaching, Jeff also served as the Minister of Men at Wildwood UMC, is a University Student Teacher Supervisor, and is also the founder of Suit Up Ministries, a nonprofit men’s ministry.

Jeff attended Abilene Christian University where he played on the 1977 National Championship Football team, received his Bachelor of Arts in Teaching from Sam Houston State University, and obtained his Masters of Sports Administration from the United States Sports Academy. In the spring of 2020, Jeff completed his Doctorate in Education with an emphasis in Transformational Leadership from Concordia University.

Dr. Jeff Springer is passionate about raising DADs and helping them see their value. Jeff loves being a husband, DAD, and a grandfather. He is always seeking ways to acknowledge men, striving to be the Daily Active Devoted DADs God calls them to be. Jeff who resides in Montgomery, Texas, has been married for 40 years and has two children, and three grandchildren.

Spring Strategies LLC strives to cultivate playful entrepreneurs within our fields of influence: small business, education, and ministry. We encourage individuals, teams, and organizations to find an authentic and practical style of work, with confidence. Each client can expect high-level coaching to establish core values and identifying key strengths and themes that will ultimately lead to a creative, innovative, and PLAYFUL workplace. 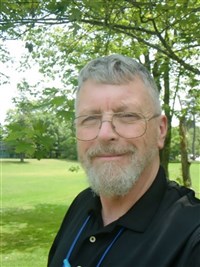 Robert Wright lives on 21 acres on the edge of the Piney Woods in east Texas with his wife Linda, along with three dogs and three cats. They have three adult sons and four grandchildren. Much of their time is spent gardening and keeping up their farm. But they also take time to travel. They really enjoy college basketball and are regular attendees at the Women’s Final Four. Robert holds a PhD in Educational Computing and a Master’s in Instructional Technology. He retired from the University of North Texas as a Lecturer and had previously served as the Director of Biomedical Communications at the UNT Health Science Center.

Robert currently serves as President of FUMC Henderson Men’s Ministry, as interim President of the United Methodist Men of the Texas Annual Conference, and as Secretary of the South-Central Jurisdiction of the United Methodist Men. He is a Certified Men’s Ministry Specialist, a Certified Lead Like Jesus Facilitator, and a Scouting Ministry Specialist. He is willing to travel across the Texas Annual Conference to help any sized church strengthen their men’s ministries.